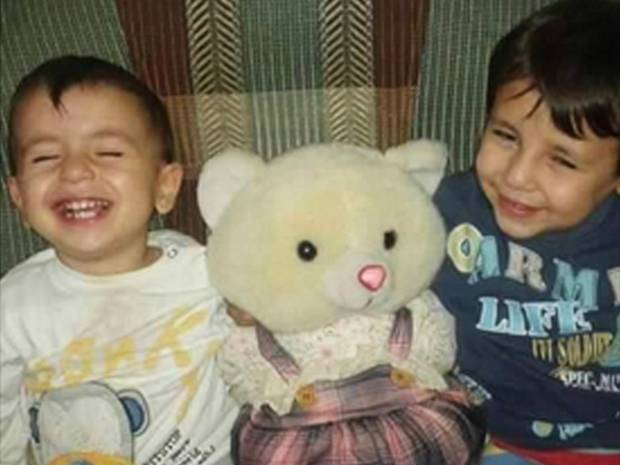 There are no beaches in Kobani, just bombs. From the Syrian town besieged by Isis, Aylan Kurdi and his brother fled. For the three short years of his life, Aylan had apparently only known fear.


Europe, and the sanctuary it can offer those fleeing Syria’s civil war, was the goal of Aylan’s family. After travelling several hundred miles through Turkey, eventually the time came for Aylan to cross the two short miles on the Aegean Sea to the Greek island of Kos. Thousands of others have made similar crossings – it is considered less fraught with danger than other refugee routes.
Wearing a bright red T-shirt and shorts, Aylan took to the sea with his family. At least 20 left the beach on Wednesday in two boats from Akyarlar on the Bodrum peninsula.

Soon, the vessels capsized and at least 12 drowned, including five children. Aylan, his brother Galip, five, and his mother, Rihan, 35, never reached Europe. They were all found on the beach in Bodrum, waves lapping against their heads. Aylan was face down in the sea. His body was eventually picked up by an ashen-faced Turkish police officer, his limp limbs cradled gently.
Further along the beach, the meagre belongings of the Syrian refugees washed up in the surf. Three other children drowned, seven were rescued and two reached the shore in life jackets. At the morgue in Bodrum’s state hospital, the boys’ surviving relatives broke down in tears after identifying the bodies, reported the Turkish news agency Dogan.

The second vessel to leave Bodrum was carrying six people and capsized soon after setting off, the Turkish coastguard said. One woman and three children drowned. It is thought Aylan was on the second boat. There were claims last night that hiring a dingy from Bodrum to travel to Kos can cost up to €1,000 (£735). Local restaurants are said to feed the refugees before they travel.

Thousands are making the journey from Turkey to Greece’s easternmost islands each day. The majority are Syrians fleeing the war in their homeland. Others are from Afghanistan or Iraq. So far this year, the number of them crossing the Mediterranean has exceeded 300,000, with 200,000 landing in Greece, the UN Refugee Agency UNHCR said.
Posted by Unknown at 01:08