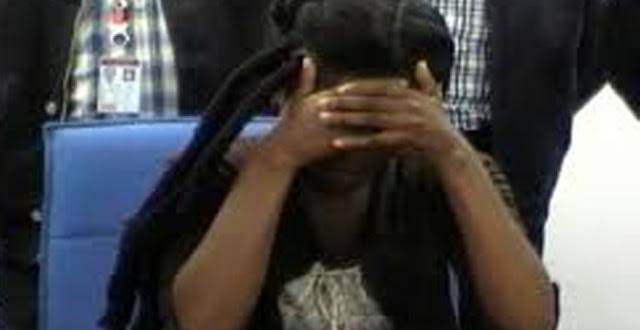 The 32-year-old South African woman named Mosiea Moosa who initially lied that she was 7 months pregnant, was actually carrying packages of the drugs in her stomach and her urogenital tract. She was arrested on August 30 when she landed at Rajiv Gandhi International Airport, Hyderabad, India from Dubai on an Emirates flight,The Times of India reports.

Narcotics Control Bureau (NCB) sleuths became suspicious after looking at her passport and travel pattern over the last one week. On subjecting her to medical examination, they discovered that she had swallowed the banned drugs which were packed in small polymer packets.
She was rushed to Osmania Hospital by the NCB sleuths to get the packets of drugs out of her body. The NCB sleuths intercepted Mosiea at the RGI Airport after she arrived from Dubai by Emirates flight EK-526 on Sunday morning.
“When we intercepted her, Mosiea said she was walking with difficulty as she was seven-month pregnant. When we shifted her to a corporate hospital at he airport for preliminary examination, she admitted that she was carrying narcotics in her stomach,” a NCB officer said.

By giving laxatives, the hospital staff managed to extract 16 pouches of narcotics substance. The NCB officials confirmed that no surgery was performed on the woman and she was under medical supervision.

“We have not yet conducted checks on the narcotics recovered from the culprit. However, by looking at her travel pattern and the narcotics market, we suspect that the substance could be cocaine from Brazil,” a NCB official said.

According to the NCB, Mosiea landed in Dubai from Johannesburg on August 23. The next day, she took a flight to Sao Paulo City (Guarulhos International Airport) in Brazil. On August 28, she returned to Dubai from Sao Paulo. On Sunday, she reached Hyderabad from Dubai.

“As a major portion of cocaine consumed the world over is manufactured in Brazil, we believe that she was carrying the contraband. Her return journey to Johannesburg has been booked from Hyderabad via Dubai on September 10,” the NCB source said.

The NCB sleuths believe that Mosiea brought the banned substance from Sao Paulo, and after a break in Dubai for two days, she landed up in Hyderabad.

“She is returning to Johannesburg only after a gap of 10 days. So, the receiver could be somewhere close to Hyderabad, but the final receiver of the product could be anywhere,” the NCB official supervising the operation said.”